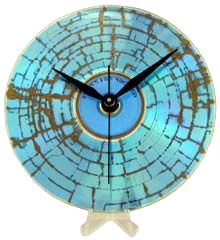 Several times a month, various clients will ask me about setting up a new printer they have acquired. I give them all the same advice:

Don’t use the driver CD that came in the box.  Leave it in the envelope.

Why do I advise this?

For the next six months, the phones at Acme melt down. “This feature doesn’t work.”  “This option has no effect.”  “Everything I print from Microsoft Blarp comes out purple.”  “The instructions tell me to do XYZ, but the control for it isn’t there.” “Apple/Microsoft released a new version of the OS last week, and it broke the printer driver.”

Dozens or even hundreds of changes are made to the software, firmware, and/or driver to address all these bugs, errors, and documentation issues.  A new version of each of them is created with all (or at least most) of these problems fixed.

But they don’t get put into the boxes, because the boxes are long gone.  The CD in the box still contains all those bugs.  And if you use it, you can suffer from them all.

Instead, go directly to the web when you configure a new printer. Apple products (and increasingly, Microsoft products) have “add printer” functions that are very good about reaching out to the proper place on the web automatically, and downloading what you need to run a printer properly on the version of the OS you are running at the moment.  And if (as does happen) the Mac OS tells you it doesn’t have the driver and you have to download it from the manufacturer’s website, do it — what you get there will still be much improved over the one that came in the box.

While we’re at it, it’s always a good idea to visit the printer’s configuration pages, if they exist (System Preferences / Printers & Scanners / (choose a printer) / Options & Supplies / Show Printer Webpage) and see if there is a firmware update available for the printer.  I did this tonight with a printer that a client had just lifted out of the box this afternoon. Surprise, surprise — there was a firmware update available for a “brand new” printer. On top of this, the copyright on the webpages went back to 2015 — when the OS version my client was using hadn’t even been announced.

All this underscores the original advice: what comes in the box is almost always obsolete before you open it.  Always get the current versions online.  You’ll be glad you did.